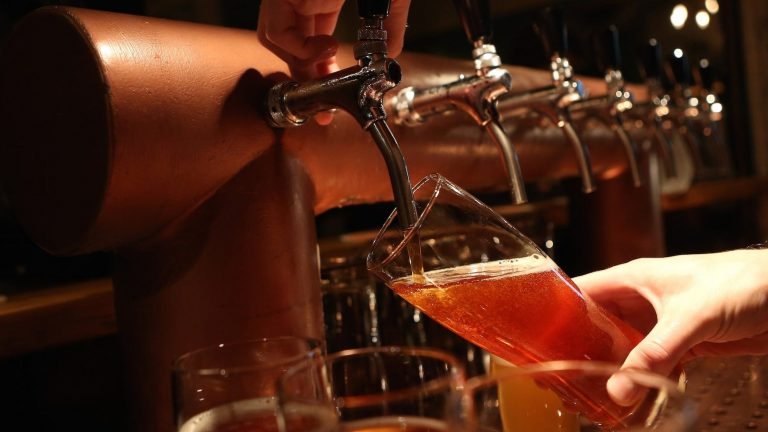 A crowd of people packed an indoor Los Angeles bar on Friday night for a party while defying social distancing guidelines for a party to “celebrate first responders,” CNN reported.

A tipster told CNN that “100 to 150 law enforcement personnel” would throw a party at Sassafras Saloon, an indoor bar located in Hollywood. Through the bar’s windows, a crowd of attendees was visible dancing and drinking without masks in the tightly packed area, according to CNN.

The Los Angeles Times reported that bar staff members were told that the Los Angeles County Sheriff’s Department had booked the space on Friday evening. KNOCK.LA, a project of progressive grassroots activist organisation Ground Game LA, posted videos of men saying “yeah” when the person taking the video asked if they were arriving for an “LASD” party.

We found out the LA’s Sheriff’s Department (@LASDHQ) was having a party tonight at @SassafrasHW in Hollywood. Several men we believe to be deputies identified themselves by name and verbally confirmed they were attending an LASD function. pic.twitter.com/OQRcPDvGlk

On social media, NPR affiliate KCRW reporter Cerise Castle posted a series of tweets of “photos of deputies” at the scene of the party in which she arrived “acting on a tip.”

These guys said their names were Chris and Daniel Moreno. They enjoyed some White Claw before littering and heading into the bar. pic.twitter.com/DOAwgx6tNS

Sassafras Saloon is owned by @1933_Group, which operates a number of bars in the Hollywood area. 1933 Group and the @lapublichealth did not respond to my request for comment. pic.twitter.com/A59GvMyPzd

But the Los Angeles County Sheriff’s Department said on Facebook Sunday that the people in the video were not members of the sheriff’s office and that the office did not host the event.

“As soon as we became aware of allegations of deputies attending a party in violation of health orders, we initiated an inquiry in an attempt to validate the information or misinformation,” the office said.

In a statement to Insider, the 1933 Group – which oversees several bars in LA including Sassafras Saloon – stated “Friday’s gathering was arranged by an individual who wanted to honour a group of first responders.” It stated “the venue has a full kitchen in addition to a bar and is qualified to operate under current state guidelines,” and added that while it “did everything” to abide by guidelines including providing staff and guests “ample outdoor spaces,” “unfortunately, there were a number of guests that did not comply.”

California is among the hardest-hit states from the coronavirus. On Friday, it became the first state to confirm over 500,000 total cases, according to Johns Hopkins University.

The state of California prohibits indoor and outdoor operations for bars throughout the state unless the business offers “sit-down, outdoor dine-in meals.”

Site highlights each day to your inbox.