He had headaches, but his condition was rare, with no clear explanation or treatment – The Washington Post 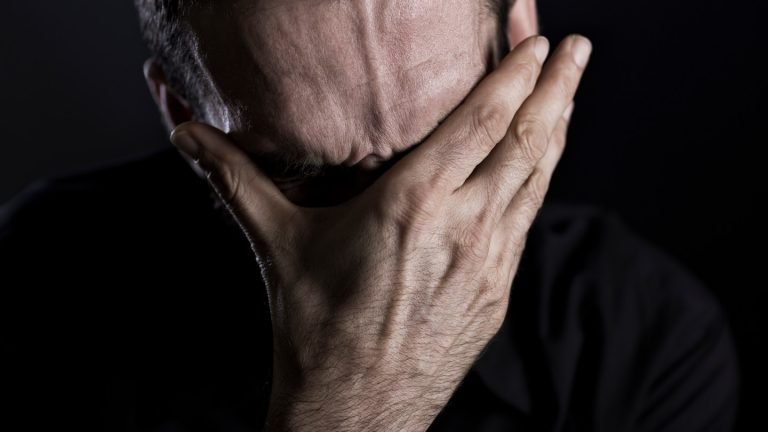 He had headaches, but his condition was rare, with no clear explanation or treatment – The Washington Post

The brain is buoyed and bathed by cerebrospinal fluid. This clear fluid is made in large cavities, called ventricles, and is eventually absorbed by veins. The tumor’s inoperable remnant had blocked the fluid’s natural escape, causing it to build up, a condition known as hydrocephalus.

A shunt is a thin rubber tube that is placed in the ventricles of the brain and tunneled under the skin, into the abdomen. It can have a programmable pressure valve, a gauge that sits under the scalp. His shunt had been siphoning excess fluid to his abdomen for years where it was absorbed, preventing life-threatening high pressure in the brain.

Today, however, something was wrong, and I thought it was revealed on his new head CT. His ventricles were very large, suggesting high pressure.

“I get a bad headache when I sit up,” he mumbled. “Sometimes I vomit. I feel better when I lie flat.”

His wife, a strong and kindhearted woman, corroborated his complaint. “He’s also having memory problems, and he’s losing his balance when he walks,” she added.

His symptoms were the opposite of what I expected. He was describing a low-pressure headache. He was relieved by lying down but worsened when sitting up.

After reviewing this with my attending, we programmed his valve to drain more fluid. His ventricles were large, he needed more fluid drainage we reasoned.

He initially improved. Within a few days, however, he deteriorated again, with persistent headaches. A new head CT demonstrated that his ventricles were still enlarging. We suspected his shunt may not be working, causing fluid to build up.

We discussed these findings with him and his wife, then took him to the operating room the next day. We replaced the valve and tested the tubing. Fluid was flowing briskly through his shunt, it was working.

His recovery was quick. He improved again, and he was discharged home.

However, when he arrived for his follow-up clinic appointment, he looked worse than ever. His wife, resilient as she was, reiterated his symptoms through tears.

“Even his 7-year-old nephew said the other day, ‘I want my old uncle back.’ ”

He would only mumble, couldn’t care for himself and looked ill. His headaches were back. We admitted him.

Over the next few days we conducted tests to further evaluate his problem. We injected a dye in his shunt and performed a nuclear imaging study. It revealed his fluid was not draining into his shunt.

This could mean only two things. Either his shunt wasn’t working or the pressure in his head was too low to allow fluid to drain.

With enlarging ventricles, almost any neurosurgeon would guess the shunt was malfunctioning.

However, we had already replaced the valve and observed that it was working.

This is an exceptionally rare phenomenon, with only 80 or so cases reported in the medical literature.

In this condition, patients have mysteriously enlarging ventricles. It tends to occur in patients who have had brain aneurysm ruptures or brain tumors. No one knows why, but one theory is the brain loses its elasticity and collapses, causing low pressure. Fluid stills and builds up.

No definitive treatment exists for this orphan disease. Without a reversal, patients can suffer from headaches, loss of memory and cognition, and gait instability for life.

We revisited a study from 1994, in which two tinkering neurosurgeons reported successful treatment in 12 patients with low-pressure hydrocephalus. We offered this option to our patient and his wife. After considering the risks and asking questions, they agreed to move forward.

“How long will this treatment take,” his wife asked.

“He could be here for weeks,” I said. “Every patient responds differently.”

We brought him up to our neurological intensive care unit. Our plan was to place an external ventricular drain, a temporary rubber tube that drains fluid from the ventricles to a collection system that hangs at the bedside.

With sedation and pain control, and sterile prepping and draping, I made an incision on his scalp. Opening the tissue with a retractor, I drilled a hole through his skull. I then punctured the dura mater, the covering of the brain. Finally, I directed a catheter through the brain into his ventricles.

No gush of fluid. The pressure is indeed low, I thought to myself.

I set up the drain system at his bedside. I then dropped the drain below his head and left it there.

The treatment was starting. With an external ventricular drain set below his head, we were applying negative pressure to his ventricles, pulling fluid to encourage drainage.

“Hey, doc,” he greeted us in the morning. He was sitting in a chair with his feet up, crossed, enjoying the football game on TV, eating assorted berries.

“It’s incredible,” his wife beamed, tired but triumphant. “He bathed himself. He’s telling jokes. He looks so much better.”

“Let’s try to keep you this way,” I said, in awe of his resurrection.

A head CT showed that his ventricles had shrunk. He was himself again. But he couldn’t live with a temporary drain hanging at his bedside. It had to be weaned.

Stepwise, I raised the drain every day, and we performed a head CT. We needed the drain to sit above his head, without a return of symptoms, so we could later place a valve with a corresponding gauge pressure. Valves can’t pull fluid out of ventricles, but they can passively allow drainage even at low pressures. If his ventricles started to enlarge when we raised the drain, we’d drop it and start the upward march again.

“Can I get home for Thanksgiving,” he asked one day.

“Probably not, but I’ll be here with you,” I assured.

“Turkey is too dry anyway,” he said.

After three weeks of coaxing his brain to recover its elasticity, to regain pressure in his ventricles, we had the drain sitting above his head, and his ventricles had stayed small.

We discussed surgery with him and his wife, his final we hoped.

The next day, we took him to the operating room. We removed his temporary drain and opened his incision where his old shunt valve was. We replaced it with a low-pressure valve, a gauge that would drain fluid even if the pressure in the brain was low.

He was brought back to his room. A new head CT demonstrated his ventricles were small, as they should be. Incredibly, he continued to look well.

In a few days, exactly one month since his admission, he was ready to go home. He was walking laps around the unit, eating well and enjoying his visitors.

“Thanks, doc,” he said in our final visit.

His wife hugged me, crying. She thanked us. “I won’t forget what you did,” she said.

There’s an aphorism taught in medical schools, coined at my institution: “When you hear hoofbeats, think of horses not zebras.” We thought of horses when we saw a man with a shunt, ill with enlarging ventricles. We ensured his shunt was working. It was the most likely problem.

Only later would we realize that those hoofbeats belonged to a unicorn, a rare condition with no clear explanation and no consensus treatment.

Though we should practice medicine based on evidence from controlled clinical trials, in many circumstances, particularly with rare diseases, we must rely on intuition and clinical suspicion, what’s known as the art of medicine.

In his words, he had low-pressure headaches. Even though his imaging didn’t match his symptoms, he was right.

If we listen to our patients and if our systems support an art that can at times be blurry and indistinct, we might heal the peculiar and puzzling.

Months later, our patient is himself, headache-free.

Abdul-Kareem Ahmed is a resident in the Department of Neurosurgery at the University of Maryland Medical Center.