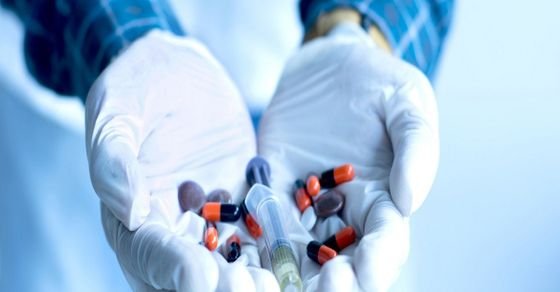 Kolkata: The very thought of contracting COVID-19 and the possibility of social ostracism making people hit the panic button, quite a few with symptoms of the disease are resorting to self-medication, relying on peer advice and borrowed prescriptions, despite doctors warning against it.

A teacher at a private institute in Barasat near Kolkata admitted that he refrained from undergoing a test despite symptoms of the viral disease, and instead collected a prescription from a friend, a COVID-19 survivor, and bought medicines.

“Two of my neighbours were ostracised by locals after they tested positive for the disease. I did not want to go through the same. A friend of mine, who is a COVID survivor, shared his prescription with me, after I told him that I have lost my sense of smell and taste. I got the medicines from a local pharmacy, and hopefully I will be fine in a few days, the man in his early 50s said.

Noted virologist Dr Amitabh Nandy said he recently received one such prescription on Whatsapp, and insisted that most of these doing the rounds on social media are fake.

Talking to PTI, Nandy stressed on the fact that there is no drug for COVID cure as yet, and individuals were being treated on a case-to-case basis.
COVID psychosis or fear of the disease is probably spreading at a faster rate than the disease itself. People are governed by community members and relatives. They fail to understand that there cannot be a single protocol applicable for all. One biological unit (human) differs from another, the former consultant at the World Health Organisation said.

Medical science in our country is not scientifically governed, he deplored.

Without diagnosis, medication can be harmful. Physical examination by doctors is necessary before writing a prescription. Unfortunately, the pandemic has not been handled well. There has been no mechanism to address peoples fears. And that’s adding to the woes. Even pharmacies are selling medicines without proper verification, Nandy said.

Many are sceptical about visiting government hospitals for COVID-19 tests, as is the case with a clerk at a civic body here, who said that hygiene is not maintained at some of these facilities.

I have seen patients flouting social distancing norms at these hospitals. Also, the premises are not always very clean. I consulted a nurse, who is a relative, and she asked me to take certain medicines, after learning about the symptoms I have. I am doing better than before, she said.

Dr Diptendra Sarkar, professor of surgery at state-run SSKM hospital, said self-medication is a reason why the mortality rate in Bengal is on the rise.
Patients, who could have otherwise recovered without much ado, are rushing to doctors only when the situation has got out of hand. They are visiting doctors with respiratory distress, after their self-medication attempts have failed.

Arup Sen, a senior manager at a top medical retail chain on Lindsay Street, admitted that his store executives are getting enquiries on immunity boosters, and medicines to treat COVID-19 symptoms.

He said he has asked the executives not to entertain customers who do not furnish a proper prescription.

Senior TMC leader and Rajya Sabha MP Santanu Sen, when approached, said those that have been hiding symptoms and not undergoing tests are doing a disservice to themselves and the society by putting everyone at risk.

“People have been told to consult doctors even if they experience mild symptoms. The government has been conducting surveys to check on people and create awareness. Those not following guidelines and hiding symptoms or indulging in self medication are causing harm to themselves as well as the society, he added.