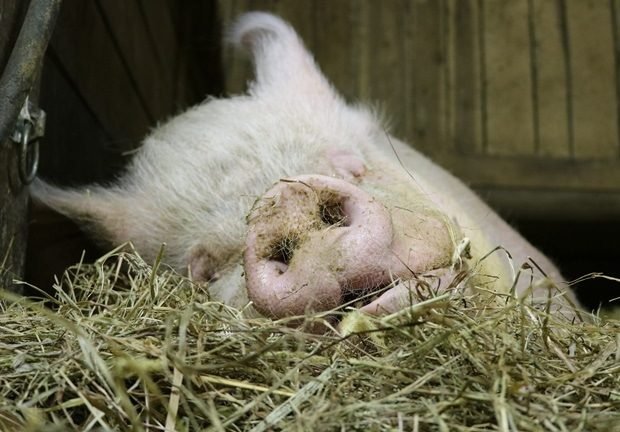 As the world grapples with a novel coronavirus pandemic, a new strain of swine flu that can trigger a pandemic has been reported.

A team of researchers in universities and the Center for Disease Control and Prevention in China has discovered the new strain of swine flu, called G4 EA H1N1, which is a descendant of the H1N1 strain that sparked a worldwide outbreak in 2009.

The findings, published in the Proceedings of the National Academy of Science (PNAS), showed that the new strain possesses all the essential hallmarks of being highly adapted to infect humans.

What is swine flu?

Swine flu is a respiratory disease of pigs caused by type A influenza viruses, which regularly cause outbreaks. Though people do not usually contract swine flu, it can still jump to humans and cause infection. For instance, the swine flu has sparked a worldwide pandemic in 1918 and, in 2009, when a strain of swine flu called H1N1 infected many people.

In 1918, a deadly influenza pandemic, called the ‘Spanish flu’, has infected about 500 million people across the globe and killed an estimated 50 to 100 million people. It was one of the deadliest pandemics in human history. In 2009, a new strain of H1N1 swine flu spread across countries. However, the 2009 strain did not originate from animals as people contracted the virus from human to human. It has been tied to contact with inanimate objects that are infected with the virus.

The common signs and symptoms of swine flu include nasal discharge, fever, chills, decreased appetite, and a possibility of lower respiratory tract infection.

Between 2011 and 2018, the researchers took 30,000 nasal swabs from pigs in slaughterhouses in ten provinces in China and a veterinary hospital, isolating a total of 179 swine flu viruses. Most of the viruses were of a new kind that has stayed dominant in pigs since 2016.

To arrive at their findings, the team conducted various experiments, even on ferrets, which are used in flu studies since they experience similar symptoms to humans, such as fever, sneezing, and coughing.

The team has also identified the new strain, G4, which was observed to be highly infections and can replicate in humans. This new strain is concerning since its core is an avian influenza virus, to which humans have no immunity, with bits of mammalian strains mixed in. This means that the swine influenza virus is poised to emerge in humans. Hence, the situation needs to be monitored to prevent a potential pandemic in the future.

Also, the researchers noted that since there are genes from the 2009 H1N1 pandemic in G4, these may promote gene adaptation that may lead to human-to-human transmission.

What makes the new strain a threat?

The G4 virus has the potential to grow and multiply in the cells lining the airways. The researchers also found evidence of recent infection in people who are working in abattoirs and the pig industry in China, based on the data collected between 2011 and 2018.

The tests showed that any immunity people get from seasonal flu exposure does not protect G4. Also, the blood tests in pig industry workers showed that 10.4 percent of them had already been infected. Overall, as many as 4.4 percent of the general population have also been exposed.

Since the virus is a new strain, it can spread to humans since the current influenza vaccine does not protect against it. Despite the fact that the new strain is not an immediate problem, the health sector and government officials should not ignore it.

A pandemic is a term used by the World Health Organization (WHO) to describe an epidemic occurring worldwide or in an extensive area, crossing international boundaries. A pandemic also affects a large number of people. There were several pandemics in the past, including the one occurring now across the globe. The Spanish flu and the H1N1 swine flu are just some of the pandemics that ravaged the world.

The researchers warn that the new strain of swine flu has the potential to be a pandemic since it can jump from pigs to humans, and then from human to human.

Monitoring the new strain should be performed to prevent another pandemic, which may lead to many infections and deaths. The current coronavirus pandemic has now spread to 188 countries and infected more than 10 million worldwide. Without an effective vaccine, the virus can vastly spread to more people.