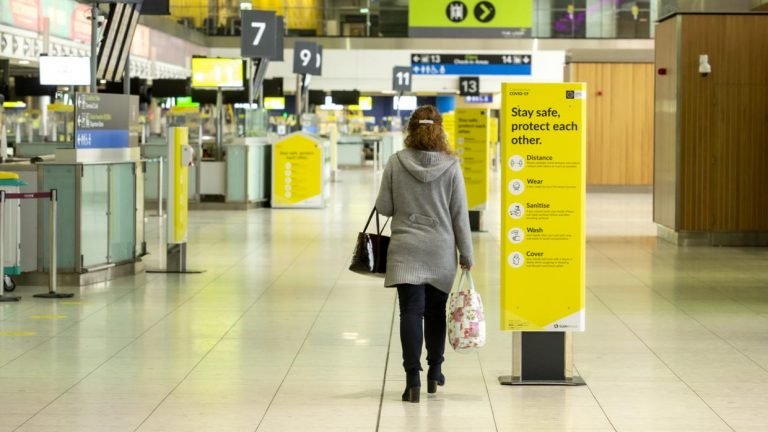 Covid-19 has killed five people who caught the virus abroad and became seriously ill after they returned here with the infection, new figures have revealed.

he fatalities, which have happened since the pandemic began, have been revealed for the first time.

It follows an appeal by chief medical officer Dr Tony Holohan to people who have booked summer holidays to cancel their trips due to fears about the risk of catching Covid-19 and spreading it to families and the wider community on their return home.

As the summer holiday season gets under way there are growing numbers of people who are catching the virus abroad and bringing it back to Ireland.

Since the pandemic began, 592 people contracted the virus abroad and tested positive after they returned to this country.

The most recent case involved a man who tested positive after returning home from Iraq to the north-west of the island.

Up to 14 members of his extended family tested positive, with one person being hospitalised.

It comes as another death from the virus was announced yesterday, bringing the death toll so far to 1,736 since the infection first struck here.

There were 11 more confirmed cases of the virus following a rise in the numbers of people testing positive in recent days, leading to fears of a potential resurgence of the infection.

A significant increase has been reported in the number of outbreaks of the virus in private homes since exiting from lockdown which has seen more people mixing.

So far there have been 728 outbreaks in private homes. That figure is higher than in nursing homes or hospitals.

Dr Holohan said that yesterday was six months since the World Health Organisation first received reports of what we now know to be Covid-19.

“Since then, there have been 10million cases and 500,000 deaths reported worldwide,” he said.

“It is very important that we keep up the national effort to reduce the impact of this disease in our country.”

Deputy chief medical officer Dr Ronan Glynn said: “Each person should risk assess their own environment to inform their personal decisions and actions during this pandemic.

“We know how this virus spreads, we know the public health behaviours required to protect ourselves and others, we must continue to be aware of the disease and limit its spread.”

Meanwhile, Mental Health Reform, the national coalition on mental health, yesterday presented research that highlighted significant public demand for greater action from the new Government and its agencies to respond to the mental health impact of the pandemic.

Dr Phillip Hyland, from the Department of Psychology at Maynooth University, who leads the Irish arm of the project, said: “Our survey has revealed that, at a minimum, one-third of people in the population are experiencing serious mental health difficulties during the Covid-19 pandemic.

“The mental health response to this public health crisis must take account of the fact that it is the youngest adults in society who are suffering the most with their mental health at this time,” he added.