A Healthy Man Was Licked By His Dog. He Died Within Weeks – NDTV News 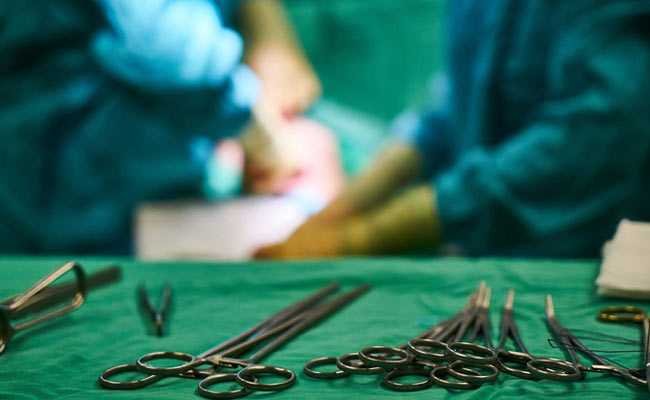 A Healthy Man Was Licked By His Dog. He Died Within Weeks – NDTV News

Doctors were determined that the man had multiple, serious ailments. (Representational)

The 63-year-old man showed up in the hospital with a burning sensation in his left leg and muscle pain in both. His flu-like symptoms were severe, with labored breathing for three days. He had petechiae, or rounds spots on the skin that look like rashes as a result of bleeding capillaries, which made his legs look discolored.

The patient’s heartbeat was stable, doctors said, even though he was running a temperature of 102. His belabored breathing caused an inadequate supply of oxygen to his tissue. His failing kidneys were not producing urine, researchers wrote.

But doctors had no idea what was wrong with him. He had not recently been in the hospital. They suspected some kind of bacteria, but he didn’t have any open wounds and he didn’t have meningitis.

It wasn’t until his fourth day in the hospital that a blood test revealed that the man had a type of bacteria found in the saliva of healthy dogs and cats. It’s a kind of bacteria that’s usually only transmitted to humans if they are bitten.

But the German man is dead because his dog licked him.

A paper published in the European Journal of Case Reports in Internal Medicine details how an otherwise healthy man lost his life within weeks of being infected by bacteria found in his dog’s saliva.

Doctors at the hospital determined that he had multiple, serious ailments: severe kidney injury, signs of live dysfunction and rhabdomyolysis, a deterioration of muscle tissue that can result in kidney failure. He also had a build up of lactic acid in his bloodstream.

Once he was transferred to an intensive care unit, he was diagnosed as having severe sepsis with skin death and blood clotting, or purpura fulminans, according to doctors.

He was treated with antibiotics, but his health took a rapid decline for the worst over the next 30 hours, according to the paper.

Brain disease, intestinal blockage caused by paralysis, blood clotting and kidney failure wrecked his body, doctors wrote. The man entered cardiac arrest and was successfully resuscitated, according to the paper, but he was then intubated and placed on a breathing machine.

Low blood pressure became an issue, so doctors treated him for that.

Medical staff gave him red blood cells, transfused platelets and provided with fresh, frozen plasma, according to the paper. To help his kidney failure, they started kidney dialysis.

After they ran the test that finally showed the C. canimorsus infection, doctors added another antibiotic and an anti-fungal treatment to the patient’s medical routine as some of his afflictions waned and others worsened. The treatment was too late.

Towards the end of his life, all of his extremities had gangrene and a CT scan showed that he had severe brain swelling with a lack of oxygen, according to the paper.

The man’s relatives made a mutual decision to reduce his treatment. He died after 16 days of care, according to doctors.

Researchers noted that C. canimorsus infections are rare with a range of symptoms. Most patients who have had severe or fatal infections from the bacteria have had immune, spleen or alcohol abuse issues, they wrote. But the patient’s medical history didn’t indicate any such ailments.

Approximately 25 percent of people with C. canimorsus will die, according to the paper. That number, the asserted, is complicated based on multiple factors.

Last year, a Wisconsin man lost his legs, hands and nose after contracting the same bacteria from his dog’s saliva. He’s walking a again with the help of prosthetics, FOX 6 reported.

In July, an Ohio woman had both her arms and legs partially amputated after waking from a coma that was caused by C. canimorsus, Fox 8 Cleveland reported.

(Except for the headline, this story has not been edited by NDTV staff and is published from a syndicated feed.)

Get Breaking news, live coverage, and Latest News from India and around the world on NDTV.com. Catch all the Live TV action on NDTV 24×7 and NDTV India. Like us on Facebook or follow us on Twitter and Instagram for latest news and live news updates.