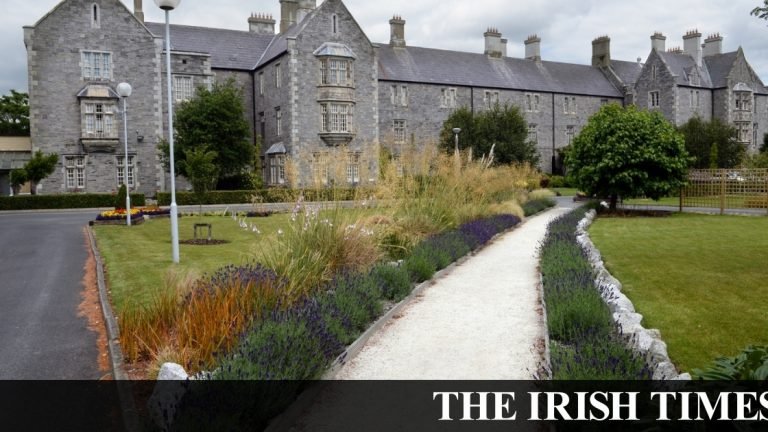 The Government has fast-tracked the opening of the new Central Mental Hospital in north Dublin to allow for the isolation of patients displaying Covid-19 symptoms.

The hospital is the State’s only facility for holding and treating severely mentally ill people who have committed serious crimes. The current facility in Dundrum, south Dublin, contains 84 beds and typically operates at 100 per cent capacity, meaning there are often long waiting lists of mentally ill inmates in the prison system awaiting admission.

At the start of the pandemic the crowded nature of the facility and the vulnerability of the patient population led to management searching for ways to free up space.

The Irish Prison Service has freed up space by allowing some inmates out on temporary release but the same cannot be done in the Central Mental Hospital where patients are typically reintroduced to society in a slow, graduated fashion, sometimes over a number of years.

The entire Central Mental Hospital was due to move from the 170-year-old facility in Dundrum to a newly constructed 170-bed complex in Portrane, north Co Dublin, later this year. However, due to the pandemic the health authorities decided to bring part of the new facility into operation this week.

The Department of Health, the Department of Justice and the Mental Health Commission agreed to fast-track registration of the new facility on an emergency basis. meaning nine patients from the lowest security ward in Dundrum could be moved there.

The patients were transferred over the last several days, and will remain in Portrane until the most severe stage of the pandemic has passed. They will then move back to Dundrum before moving back to Portrane with all the other patients sometime later this year.

The director of the Central Mental Hospital, Prof Harry Kennedy, said this week’s move freed up an entire ward in Dundrum which could now be used to isolate patients with Covid-19 symptoms or confirmed cases of the virus.

Although the virus has hit other parts of the mental health system hard – there have been 12 deaths at facilities around the country – there have been no confirmed cases in the Central Mental Hospital. A small number of patients showing symptoms had been isolated for short periods while awaiting tests but all were later cleared.

Yet Prof Kennedy believes it is “only a matter of time before we get a cluster. But we will now be able to cope properly whenever that happens.”

Like prisoners, patients in the Central Mental Hospital are considered especially vulnerable to Covid-19.

“A proportion of our patients are elderly because they have been here a long time. But more so, our patients have multiple co-morbidities, so as well as having severe mental illnesses many of them will have other physical problems. High blood pressure, diabetes, they’ll all much more common here.”

The hospital began taking action to prevent an outbreak at any early stage. Visits have been suspended, and patients have their temperature checked twice a day.